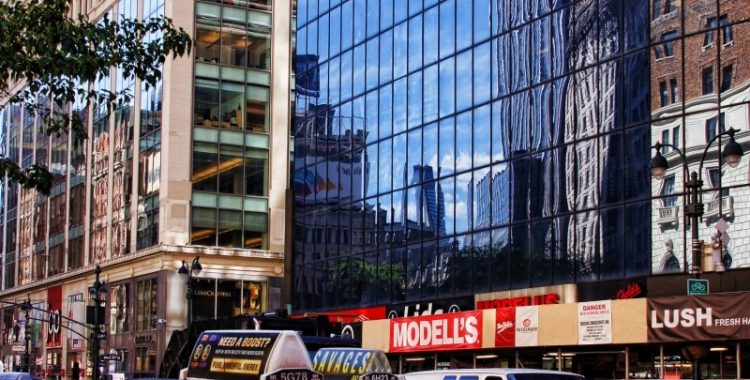 A drunken female real estate agent swiped a taxi when the cabby stopped at a Manhattan police station to report her boozed-up misbehavior — grabbing the wheel and taking off as he spoke to cops inside, authorities say.

Kinga Tabares, 27, who works for the Douglas Elliman agency, acted so wildly during the ride in the wee hours of Nov. 13 — even allegedly refusing to pay — that cabby Ronald Desir took her and a pal to the 13th Precinct station house, sources said Tuesday.

The 50-year-old driver picked up the women at Washington and Little West 12th streets, but their boozy buffoonery forced him to make the pit stop at the East 21st Street station house, according to the sources.

Tabares “was so drunk, she didn’t know where she was going,” Desir told The Post, adding that her friend was the “normal” one of the two.

While he was inside the station house asking for help, Tabares allegedly got in the driver’s seat and drove off.

“When I came back outside, they were taking off,” Desir said. When cops caught Tabares in Chelsea, she was vomiting out the driver’s window, the sources said.

The broker was charged with grand larceny, unauthorized use of a vehicle and DWI.

She was taken into custody and transported to Bellevue Hospital, where she allegedly refused to take a breath test.

When asked by The Post about the bust, Tabares — who is also taking classes at NYU — claimed that details about her stealing the cab were “completely false” and that “there’s more to this story.”

“I’m not speaking about it until there’s further investigation,” she said.

Tabares’ lawyer, Sean Parmenter, refused to comment any further and added that he was still looking into the case.