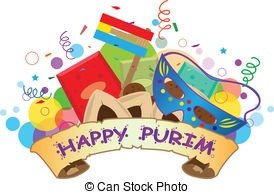 Purim is a holiday that commemorates a brave woman’s effort to save the Jewish people from being wiped out. Queen Esther was married to a King who had no knowledge that she was Jewish or that Haman was plotting to destroy all the Jews.

Thankfully she persuaded the King to defeat the plot.

So bravo Queen Esther and all other brave women of the world!