The New York City Police Department and Manhattan district attorney announced a policy shift on Tuesday. People who commit minor crimes such as drinking in public or riding between subway cars will receive summons instead of being arrested. This shift was announced in an effort to reduce a backlog of cases pending in criminal court.

“Officials estimate the changes will result in about 10,000 fewer cases being prosecuted in Manhattan Criminal Court each year, freeing up police officers, prosecutors and the court to focus on more serious crimes.” Ashley Southall, NYTimes.com

Arrests will only be made if the offense is seen as a threat to public safety. Also, if the offender has any open warrants they will be taken into custody to handle the summons.

Certain moving violations are considered criminal, if you commit a criminal violation the summons will look like this: 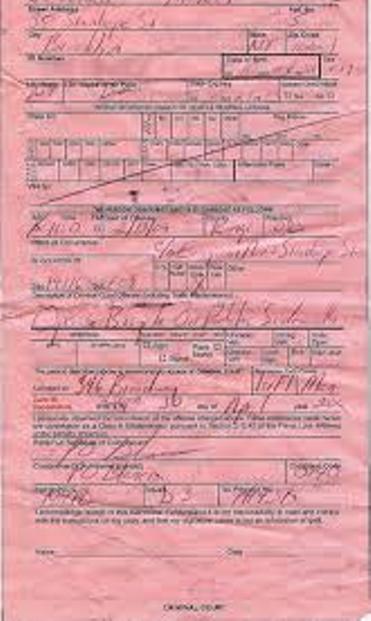 If you are caught driving in New York without a license, driving under the influence (DUI) or while intoxicated (DWI) you will receive a summons. Its great news that they aren’t arresting most offenders but it’s imperative that these summonses are taken care of.  If you receive a criminal summons I can help you fight it. Call me at 212-227-9008 or email me at michaelblock.law@gmail.com with any questions.