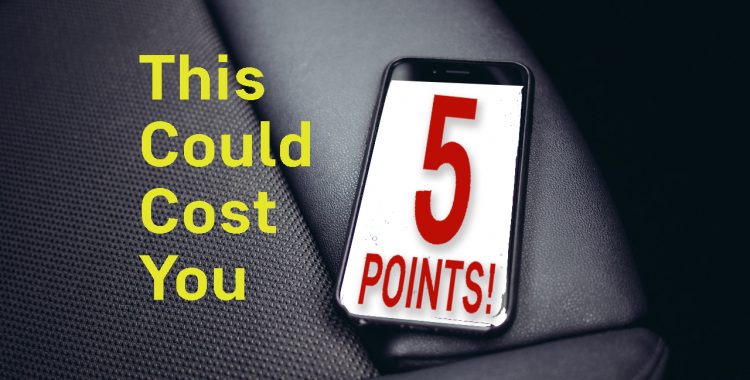 New York City has seen a big increase in the amount of traffic tickets issued to drivers who talk or text while operating a vehicle. As part of Distracted Driving Awareness Month, New York State police conducted distracted driving crackdowns that targeted drivers using their cell phones, but the overall trend has seen more tickets issued for cell phone use. In fact, cell phone tickets made up almost 25% of all traffic tickets written in Manhattan in the first 3 months of 2015. This is a gigantic number, and drivers should be aware of the actions that can cause them to end up with a hefty fine and 5 points on their driver’s license.

When Drivers Use Cell Phones

What Drivers Do on Cell Phones

Surprisingly (or maybe not, actually), most drivers do not use their cell phones to actually talk to other people. Instead, most drivers text, email, surf the web, or check social media sites on their phones while driving. This is a very disturbing statistic, because these actions are possibly more distracting than talking on the phone. Studies have shown that when a person looks at their phone to read a text message, their eyes are off the road for an average of 5 seconds. In that time they can travel 50 yards, or half the length of a football field. That leaves an awful lot of time for the car ahead to slam on the brakes – something a driver looking at a text on their cell phone would never notice. The more ways smart phone technology advances, the more ways there are for drivers to become distracted.

There has recently been a push in the City Council to make cell phone use while riding a bicycle illegal. In fact, Park Slope leads the city in the amount of cell phone tickets issued to bike riders. However, New York’s cell phone law explicitly bans cell phone use while operating a motor vehicle, which clearly excludes bicycles. The issue though is that cell phones are a distraction to both drivers and bike riders, since bicyclists can pose danger to pedestrians and themselves if they ride while distracted. Proponents of a cell phone ban for bike riders say such a law would be in line with Mayor de Blasio’s Vision Zero program, and could cost bicyclists who break the law fines ranging from $50 to $200.

New York has strict laws regarding cell phone use while operating an automobile. Fines and surcharges for cell phone tickets range from $138 to $288 for the first offense, while subsequent offenses within 18 months of the first range from $138 to $538. More importantly, cell phone tickets carry a penalty of 5 points on your driver’s license. In fact, if you receive a cell phone ticket in conjunction with any other moving violation, you can expect to pay the New York Driver Responsibility Assessment, which is given to drivers with more than 6 points on their license, in addition to fines and increased insurance premiums.