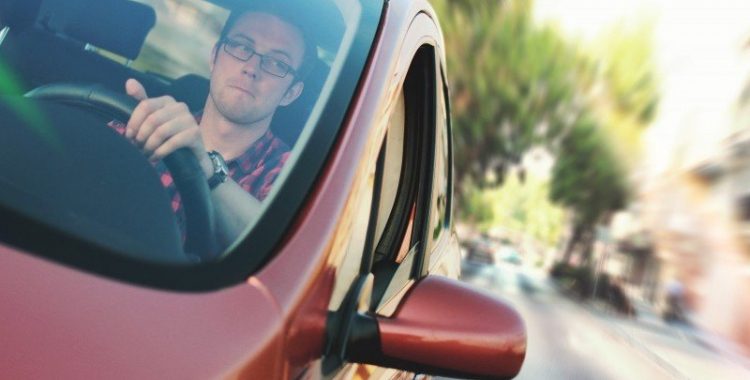 While more and more technology comes out that seems to make driving safer, is it possible that it’s actually having the opposite effect? Distracted driving is a very real problem in New York and all over the country: a recent study showed that distracted driving was the cause for 16% of all traffic accidents in the U.S., while another study found that cell phone use was involved in 27% of all traffic accidents. Even though advances in technology may make life easier in some ways, the fact remains that those same advances may distract more and more drivers. Car companies and technology companies are looking for ways to integrate smart phone technology into automobiles to cut down on distracted driving, such as having head-up displays show up on car windshields, but will this just make the problem worse?

Self-Driving Cars
There has been a lot of press regarding self-driving cars, whether it was Delphi’s car which drove cross country from California to New York for the New York International Auto Show, the self-driving semi-trucks that have been driving along Nevada’s interstates, or the small number of self-driving cars that were involved in minor auto accidents (none of which were there fault, by the way). A self-driving car is a dream for many people, especially those who often have to ride the highways for long commutes or find themselves stuck in traffic every day, but it does not mean that these drivers will be able to read a book or use their cell phone while the car is driving its self. A driver has to be behind the wheel of a self-driving car at all times in order to take over in case the auto-driving system fails or the driver sees that they need to take action in order to avoid a collision – in addition, New York is the only state that requires drivers to have at least one hand on the wheel at all times while driving. Distracted driving laws apply to those behind the wheels of self-driving cars: they cannot talk, text, or use their cell phone for anything else other than an emergency while the car is in self-drive mode and they must be aware of their surroundings at all times. While it might be tempting to take a nap in your self-driving car, you’ll more than likely find yourself getting a traffic ticket if you do.

Auto-Braking Systems
Recently, a Youtube video started making the rounds showing a group of people testing out Volvo’s new auto-braking feature; however, the plan did not work out as expected. Instead of stopping in front of the group of people who were gathered around to watch the display, the remote controlled car instead plowed right through them. Volvo released a statement regarding the video, saying that the owner of the car did not purchase the “pedestrian detection functionality” upgrade which is meant for slow moving or stop-and-go traffic. Volvo also stated that the auto-braking system would have been overridden since the car was actively accelerating. Justifications aside, the fact remains that these people trusted this auto technology to do one thing and yet it did another – thankfully, none of the people involved in the incident were badly injured, but that doesn’t mean this will always be the case. Once again, an attentive driver is needed to be aware of their surroundings for just this type of occasion – a distracted driver who relies on auto-brake technology could very well find themselves in a fender bender, or even worse, striking a pedestrian.

Head-Up Displays
One of the newest developments in car tech is the Head-Up Display (HUD). Companies are now making devices that project information from your smart phone, such as calls and notifications, onto the windshield – it looks like a hologram at the end of your car’s hood. Drivers can answer or hang up with a wave of their hand while always keeping their eyes on the road. The rationale behind the HUD is that drivers are going to be on their cell phone no matter what, so the companies devised a way to allow drivers to stay connected with their smart phones while still paying attention while they drive. However, opponents of this technology claim that merely having eyes on the road is not the same as paying attention, and that making multitasking easier for drivers will just lead to more distracted driving accidents. Both sides make a compelling argument, but we will have to wait until the HUD technology becomes widely used and studied before any conclusions can be drawn about its effectiveness.

Wearable Tech
In Quebec, Canada, a driver was given a $120 traffic ticket for using his Apple Watch while driving – the man was using the watch to change the music on his car stereo. Quebec’s cell phone law states that drivers “may not use a hand-held device that include a telephone function” – as such, the driver is fighting the traffic ticket on the grounds that the Apple Watch is not hand-held since he wears it on his wrist. Whether or not he wins his case remains to be seen, but it’s safe to say that a device is not less distracting just because it’s being worn on your wrist instead of held in your hand. We can probably expect the laws to be amended to include wearable tech at some point in the near future, just like it took states some time to pass cell phone laws after cell phones became ubiquitous.

Distracted driving is a target for law enforcement agencies, many of which stage crackdowns during Distracted Driving Awareness Month in April. In New York, a cell phone ticket has 5 points – one of the highest point tickets you can receive in New York. If you get a cell phone ticket, portable electronic ticket, distracted driving ticket, or any other traffic ticket in New York State, please contact us immediately at 212-227-9008 to see how we may help your case.