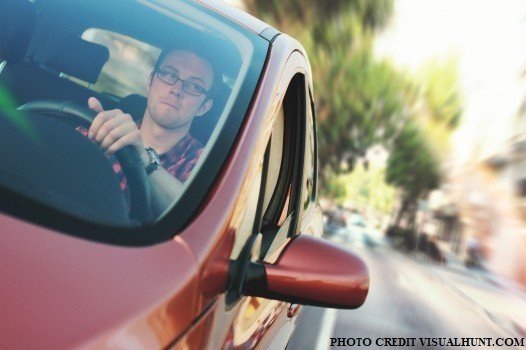 Many of you believe that the ticket “goes away” after 18 months following the issuance of a summons for a Moving Violation.  This is only somewhat true and only applies if you get one summons every 18 months. That is one summons! These two sentences are very specific and need to be understood using a formula devised by the New York State Department of Motor Vehicles (NYS DMV). We are taking a moment to review this “18 months and the points disappear” assumption, because it is so frequently misunderstood.

The easiest example is the following:

If Mr. Smith receives no other tickets before Sept 1, 2021, his NYState license will still show the conviction. However, as of Sept. 1, 2019 the points no longer impact his NYS License because the ticket was issued March 1, 2018. More than 18 months have passed. There will probably be consequences to his Auto Insurance Rates. It is commonly believed that his insurance would be affected for 39 months FOLLOWING the conviction date.

Let’s hear from our friend and colleague, Doug Kniffin, Vice President of The Viking Agency, Inc. for clarification about auto insurance …

“The world of insurance is all again different from NY State and your license.  The insurance industry uses a period of 39 months from the date of conviction as the timeframe where tickets are reflected in your eligibility for insurance.  Once you pass the eligibility threshold the tickets then impact the premium or cost of the insurance.  As a general rule tickets above 15 mph over the speed limit  impact premiums and eligibility significantly so any time there is an opportunity to avoid those significant tickets it’s worthwhile.”

Motorist Smith would also be subject to the NYState Driver Assessment after being convicted. He would be assessed $300 for the conviction although 18months have passed.

For an individual who has received more than one ticket during an 18 month period, there is a huge difference compared to someone with only one ticket.

So, everything is okay for Ms. Jones, right?  Wrong. The tickets were issued within the same 18 month period and, therefore, the second conviction gave her eleven (11) points for that long ago conviction. She will receive a Driver Assessment Fee from the Department of Motor Vehicles. She may face a license suspension following the second conviction  in 2021. The license suspension is at the discretion of the judge at trial.

What are the reasons for suspension/revocation of NYState Drivers License?

1) Convictions for 3 Speeding Violations issued within the same 18 month period. This will result in an automatic 6 month revocation of your NYS License.

2) Uninsured Operation. If you are convicted of Driving an Uninsured Vehicle, your NYS License will be revoked for one year.

3) An accumulation of violations and points over an 18 month period. Judges usually begin consideration of suspensions at around eleven (11) points. Sometimes you will not be suspended even if you have accumulated eleven or twelve points. Sometimes Judges may suspend a motorist’s license at the accumulation of even fewer points. For example, one high speed alone (89mph in a 50mph zone) may lead to a suspension . Remember, it is always within the discretion of the judge.

An example of tickets that fall outside of the eighteen (18) month period are as follows:

On May 1, 2017, Motorist Gabriel Thomas received a Summons for Speeding in the Bronx. The speed is 43mph in an Unposted zone.  The speed limit in NYC, unless otherwise posted, is 25 mph. Gabriel was found guilty on December 1, 2017. He received another ticket on  January 3, 2018 for speeding on the Southern State Parkway in Nassau County. It is 67mph in a 50 mph zone. He was convicted on Dec 1, 2018.

It is clear that the conviction dates fall within 18 months of one another. So will Gabriel’s license be revoked? The answer is No. The three speeding tickets are NOT within the same 18 month time period. His license MAY be suspended, but that is within the discretion of the Judge.

As you see, computation of time periods, for tickets received months, and often, years ago, can be quite complicated. Obviously, the goals are to not get tickets, and if you do, then fight each and every one.