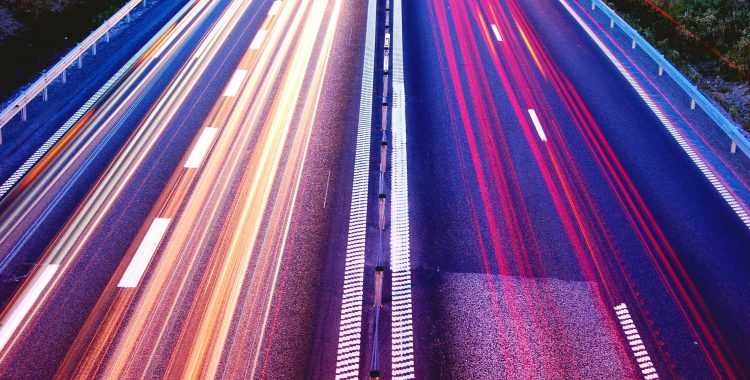 It began with a speeding ticket given in upstate New York to a man whose response was, to put it mildly, less than polite. He sent back a payment form with a scribbled five-word expression of vulgarity, and crossed out the town’s name.

Instead of Liberty, the man wrote “Tyranny.”

Local authorities were not amused. They ordered the man, Willian M. Barboza, to return to Town Court, a long drive from his home in Connecticut. Mr. Barboza was summarily lectured by a judge, arrested and held for several hours on charges of aggravated harassment.

In most small-town traffic cases, justice is dispensed quietly, fines are paid and unhappy drivers go on with their lives. This case did not go that way.

Mr. Barboza decided to sue the Village of Liberty, whose police officers had arrested him. Last week, a federal judge, Cathy Seibel, in White Plains, ruled that his First Amendment rights had been violated, and allowed his lawsuit to proceed.

Arrested After His Vulgar Response to Traffic Ticket, Man Files SuitJUNE 13, 2013
“The whole time that I was there, it felt like an episode of ‘The Twilight Zone,’ ” he said in a phone interview on Tuesday. “I just wanted to ask if they had any sense of irony at all.”

Willian M. Barboza was ticketed and later arrested. Credit New York Civil Liberties Union
The Village of Liberty, it turns out, might have a problem with people who utter vulgar things that they should not.

Mr. Barboza’s lawyers argued in court papers that the village has had a practice of unconstitutionally arresting people for offensive speech: on the street, in phone messages and in the presence of police officers.

“People use language like this all the time,” said Stephen Bergstein, a lawyer who represents Mr. Barboza along with the New York Civil Liberties Union. “They send letters like this to customer service at Verizon, the I.R.S.

“When people are unhappy, they vent on forms like that,” Mr. Bergstein added. “You shouldn’t have to get arrested for it.”

Mr. Barboza’s lawyers have also claimed in court papers that the village has failed to educate its officers in “limitations on the arrests of persons engaged in protected speech,” or in how to interpret state laws on aggravated harassment or disorderly conduct, the basis for other cases that the lawsuit calls into question.

“At trial, we’d hope to show that the village is liable for failing to train their officers on basic First Amendment rights,” said Mariko Hirose, a staff lawyer with the civil liberties union. “This kind of false arrest should never have happened.”

Adam L. Rodd, a lawyer for the village, declined to comment on Tuesday, citing a village policy of not discussing pending litigation.

In their papers, Mr. Barboza’s lawyers cite cases in which people were charged under the disorderly conduct law after expressing obscenities and other crude language. One highly intoxicated woman repeatedly yelled an expletive “on a crowded street after being warned several times by a uniformed Liberty police officer not to,” one charging document said.

The Government Building in Liberty, N.Y. A ticket clerk took Mr. Barboza’s note to a town judge, who sent it to a prosecutor. Credit Bryan Anselm for The New York Times
Another person, using profanity-laced language in a motel parking lot, called an officer a “pig” and continued to use “abusive and obscene language after being ordered” to stop, according to another document.

The lawyers also cited cases filed under the aggravated harassment law, which has since been invalidated as vague and over broad by the New York State Court of Appeals.

Judge Seibel, in her ruling on Thursday, which was issued from the bench, declined to find that the other cases “constitute a pattern of constitutional violations as a matter of law.”

But she added that, while the degree of threatening language in the other cases varied, “a jury could conclude that at least some of them reflect an unconstitutional basis for arrest.” That issue will ultimately be decided by a jury, she noted.

She dismissed the suit’s claims against officers involved in Mr. Barboza’s arrest.

Lawyers for the village say in a court filing that shortly after Mr. Barboza’s handwritten message on the payment form was received, it was read by a clerk and taken to a town judge, who concluded that the comments were “threatening in nature” and that Mr. Barboza’s actions may have violated the law.

The judge got in touch with Robert L. Zangla, a prosecutor in the Sullivan County district attorney’s office, and asked him to investigate. Mr. Zangla’s office concluded that the conduct was illegal, the filing says.

Lawyers for the village and Mr. Zangla, who was also sued, argued that the officers had probable cause to make the arrest and that the suit’s First Amendment claims were without merit. Mr. Zangla has been found liable in Mr. Barboza’s claim.

Samuel Yasgur, the Sullivan County attorney, whose office represents Mr. Zangla, said he had “a great deal of respect for Judge Seibel,” but added, “I obviously disagree with her decision and I’m studying it to determine whether or not we are going to appeal.”