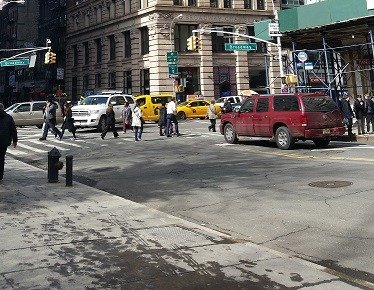 According to an MTA report, the first bus driver arrested under New York City Mayor Bill De Blasio’s Vision Zero initiative, Theresa Gallagher, was found to not be at fault for running over a pedestrian. The bus driver was put in jail for fatally running over a man in a South Bronx intersection last October on East 147th Street. Under Vision Zero, bus drivers, as well as all other drivers, face misdemeanor charges if a pedestrian is seriously injured or killed due to the driver failing to yield right of way. A report from the MTA noted that Gallagher was not at fault due to a faulty streetlight limiting the bus driver’s visibility, which led to the fatal accident involving pedestrian in the early morning darkness. Since Vision Zero has taken effect, 6 bus drivers have been arrested under the law for failure to yield offenses. In addition, New York City’s speed limit has been lowered to 25 mph, which has led to a drastic increase in the amount of speeding tickets issued by the NYPD.