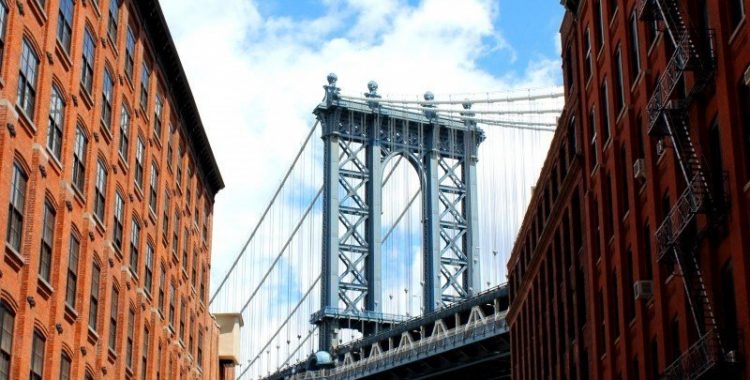 Tesla is back in the news again-.there was another car crash, this time in Pennsylvania due to the operator using the autopilot mode. This isn’t good news for Tesla or for the future of self driving cars.

Read Below for the full article:

The nation’s top auto safety regulator said on Wednesday that it had begun an investigation of a second crash involving a Tesla Motors car equipped with Autopilot technology, a system designed to let vehicles drive themselves for brief periods.

In the nonfatal crash, a Tesla sport utility vehicle rolled over last Friday on the Pennsylvania Turnpike after hitting barriers on both sides of the highway. Safety officials continue to investigate a fatal Florida accident in May. The driver of the Pennsylvania vehicle told the Pennsylvania State Police that he was operating it in Autopilot mode.

The accidents have put new scrutiny on Tesla’s Autopilot system and raised questions about whether the technology, which the company describes as only an experimental “beta” test, lulls drivers into a false sense of security.

Although Tesla drivers have posted YouTube videos of themselves operating the vehicles completely hands-free — even climbing into the back seat — the company has cautioned that Autopilot is meant only as an “auto-assist” feature that requires drivers to keep their hands on or near the steering wheel at all times.

In the Florida crash, the first known fatality involving an autonomous driving system, the driver was killed when his Tesla Model S sedan struck atractor-trailer that was crossing the roadway.

An account given on Wednesday by a witness to the Florida accident seemed to indicate that the Autopilot system continued operating the car at highway speed, even after the vehicle’s top was sheared off by the impact and the Tesla went under the trailer and continued down the road.

“The car came from underneath the trailer,” said the witness, Terence Mulligan, who was named in the Florida Highway Patrol’s accident report. Mr. Mulligan, who was driving behind the tractor-trailer at the time, said: “The top was gone. It went right by me.”

Mr. Mulligan, in a telephone interview, said he turned and followed the Tesla, which did not slow down until it had left the road, crashed through two fences and hit a utility pole. His account jibed with the accident report by the Florida Highway Patrol, which said the car was traveling at 65 miles per hour when it hit the tractor-trailer.

Tesla has declined to comment on the details of the Florida crash, which is still under investigation by state and federal officials.

In a statement on Wednesday about the Pennsylvania crash, Tesla said it had “no reason to believe that Autopilot had anything to do with this accident” based on the information it had collected so far.

The Pennsylvania crash involved a Model X S.U.V. heading east on the Pennsylvania Turnpike about 100 miles east of Pittsburgh. The car scraped a guardrail on the right side of the road, crossed the roadway and hit the concrete median. It then rolled over onto its roof and came to a stop in the middle of the road.

Tesla vehicles have the ability to send data back to the company about their condition and operation. In a statement, the company said it received an automated alert from the Model X in Pennsylvania on July 1 showing that its airbags had deployed. But the company said more detailed information about the car’s operation was not received, a situation that could happen if the car’s antenna was damaged in the crash.

Details of the Pennsylvania crash were first reported by The Detroit Free Press. The Pennsylvania State Police declined to release additional details because an investigation is in progress.

The Pennsylvania driver, Albert Scaglione, said by phone on Wednesday that he had just been released from the hospital and declined to comment on the accident. “My attorneys will be releasing a statement shortly,” he said.

A passenger in the car, Tim Yanke, was reportedly not seriously injured.

The National Highway Traffic Safety Administration said on Wednesday that it was collecting information from the Pennsylvania State Police, Tesla and the driver to find out whether automated functions were in use at the time of the crash.

The federal safety agency has also sent a crash investigation team to Florida to determine if the Tesla Autopilot system was at fault in the accident on May 7, which killed Joshua Brown, a 40-year-old from Canton, Ohio.

In the Florida crash, charges are pending against Frank Baressi, the driver of the tractor-trailer that was hit by Mr. Brown’s Tesla. But no final determination on charges will be made until the inquiry is complete, Sgt. Kim Montes, a spokeswoman for the Florida Highway Patrol, said on Wednesday.

“We know the truck made a left turn, and the person going straight has the right of way,” she said, referring to Mr. Brown’s vehicle.

In an interview with The Associated Press last week, Mr. Baressi said he had heard a Harry Potter movie playing from Mr. Brown’s vehicle, but also acknowledged, “He went so fast through my trailer, I didn’t see him.”

Sergeant Montes said, “We don’t know if that’s accurate,” adding, “We may never know, obviously, given the damage of the vehicle. In a very violent crash, there’s not going to be a lot left inside a car that could be playing.”

A DVD player and a laptop computer were recovered from Mr. Brown’s vehicle after the crash.

Questions have been raised about why neither Tesla nor the federal safety agency notified the public sooner about the May 7 accident, if only to caution other drivers about using Tesla’s Autopilot feature.

When the federal investigation of Mr. Brown’s accident was disclosed last week, Tesla released a statement saying it had informed the agency of the crash “immediately after it occurred.”

But in a statement on Tuesday, Tesla said it did not tell the federal agency about the accident until nine days later.

The Florida Highway Patrol contacted Tesla, seeking help in downloading data from the car’s so-called black-box recorder, seven to 10 days after the crash.

The company said in a statement that it was obligated to notify the National Highway Traffic Safety Administration on a quarterly basis when it became aware of a fatal accident involving a Tesla vehicle.

“As part of its regular ongoing communication and not as part of any formal process, Tesla told N.H.T.S.A. about the accident while it was still in the process of conducting its investigation,” Tesla said. “This happened on May 16.”