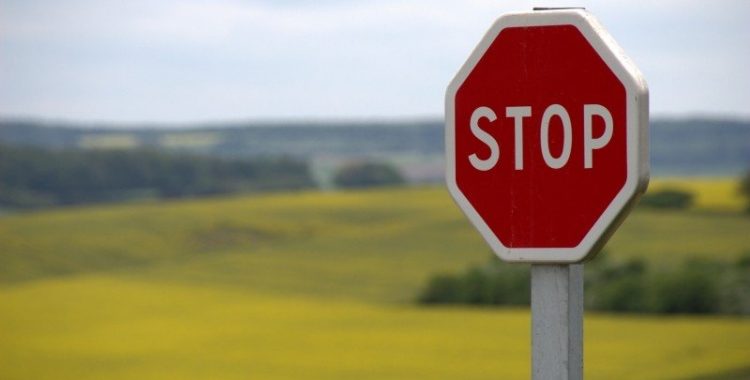 STOP! Slowing down to 5 miles per hour and rolling through an intersection and tapping the brakes does not constitute a complete stop. When you see a stop sign, by law you must come to a full and complete stop.

In the town of Hempstead, New York plenty of people are being pulled over for not completely stopping at Stop Signs. Don’t let this be you! Even when there are no cars present you still must adhere to the law because a pedestrian could be attempting to cross the street. I know when it seems like the coast is clear, it may seem like an okay idea to just breeze past a stop sign. But it only takes a few seconds to come to a complete stop and could save a life and save you money.  Hempstead is home to one of the most dangerous routes for pedestrians in the region.  Route 24, also known as Hempstead Turnpike is tied for most pedestrian deaths in 2012-2014. A way to reduce the number of killed and or injured pedestrians on Long Island is to be mindful and adhere to Stop Signs. It’s also important to stop at Stop Signs because they help regulate traffic flows. If there were no Stop Signs, then the roads would be a constant gridlock of traffic.

If you receive a summons for Failing to Stop at a Stop sign, you would be facing a fine. For first time offenders, you would be fined $150 and have to pay an $88 surcharge. You would also receive 3 points on your license and in rare circumstances; you could face up to 15 days in jail. Hearings are held at 16 Cooper Street in Hempstead, NY or in local Village Court.  We can represent you without you having to be present.

If you have received a summons for Failing to Stop at a Stop Sign in Hempstead or Nassau County contact your Hempstead Traffic Ticket Attorney  right away! You can call me at 212-227-9008 or email me at michaelblock.law@gmail.com.