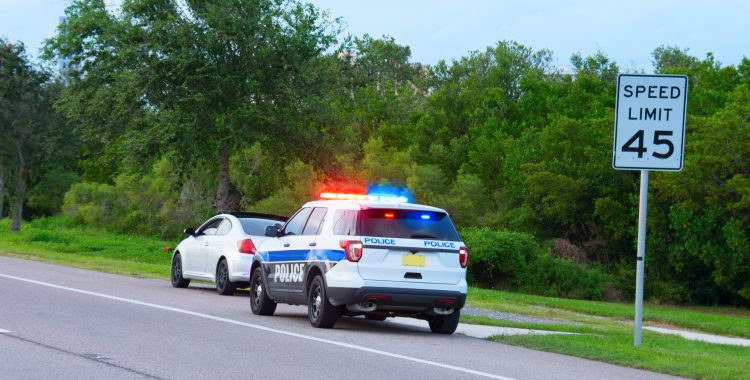 Traffic tickets are an unfortunate reality for New Yorkers. From crackdowns on speeding to heavy fines imposed on cell phone violations, drivers always take the risk of receiving a traffic ticket when they drive in New York. While it might be better to just pay a New York parking ticket and move on, it’s almost never advisable to plead Guilty to moving violations in NYC due to the large fees and penalties that drivers face when convicted of those offenses. Instead of risking losing their driver’s licenses by going it alone, drivers should hire NYC traffic ticket lawyers to see what can be done to help.

There are so many different traffic laws for New Yorkers to know that it’s inevitable for drivers to slip up and receive a traffic ticket. Almost every moving violation in New York carries points, such as Failure to Yield (3 points) and Following Too Closely (4 points). Most NY traffic tickets usually have 2 or 3 points, but there are some offenses that are more heavily penalized due to their severity. Speeding tickets in NY range from 3 to 11 points, depending on how fast the driver was going when observed by the police officer. Cell phone tickets, reckless driving tickets, and passing a stopped school bus tickets each carry 5 points – these are the highest point tickets in New York besides high speeding tickets. If a driver accumulates 11 points on their driver’s license within an 18 month period, their license may be suspended. In addition, 6 points within an 18 month period will bring about extra fees in the form of the New York Driver Responsibility Assessment. The points can also cause insurance premiums to increase, which will cost drivers far more money beyond just the original traffic ticket fine.

Over the past few years, New York has passed a number of more stringent traffic laws, such as penalizing the use of cell phones and portable electronic devices in an effort to combat distracted driving fatalities. Cell phone tickets initially did not have points attached to them, but that changed in February 2011 when all cell phone tickets also came with 2 points. In June 2013, that penalty was increased to 5 points. This is because cell phone use while driving is a huge contributor to deadly driving accidents. State and local police often stage distracted driving crackdowns multiple times a year in order to curb these dangerous habits and save lives.

Vision Zero is Mayor de Blasio’s policy to end all pedestrian traffic deaths in New York. Among other measures, Vision Zero included a reduction of the un-posted city speed limit from 30 mph to 25 mph and increased targeting of Failure to Yield to Pedestrian violations. The amount of speeding tickets issued in NY has dramatically increased since the speed limit was lowered, and the amount of Failure to Yield tickets has increased by over 125% from the previous year. In addition, a Failure to Yield to a Pedestrian offense that results in death or serious injury has now become a misdemeanor offense as part of Vision Zero. While reports show that New York City has seen mixed success with Vision Zero, drivers can expect this policy to keep moving forward.

New York law enforcement agencies often stage week-long or month-long crackdowns for different traffic offenses throughout the year. Just recently, state police participated in National Distracted Driving Awareness Month, in which they targeted cell phone users but also gave out a large number of speeding tickets, seat belt tickets, and other moving violation tickets. From May 20th to June 1st, police all over New York will engage in a “Click It or Ticket” campaign – while adult drivers and passengers do not receive points on a ticket for not wearing a seat belt, drivers can get 3 points on their license if any underage passengers are not securely buckled in. At other times in New York City, police target commercial truck drivers whose trucks are over the allowed weight limit. These targeted crackdowns are meant to increase safety awareness and help put a stop to dangerous driving practices, but traffic tickets issued during these periods can always be fought.

How a Traffic Ticket Lawyer Can Help

NYC traffic tickets can be a heavy burden for drivers, whether it’s due to the financial hardships they impose or the possibility of losing driving privileges. New York traffic ticket lawyers can often help clients by using their many years of experience navigating through the traffic court system to gain favorable outcomes. While no particular outcome can ever be guaranteed, drivers can at least be secure in the knowledge that they’re entrusting their driving record to an experienced lawyer who can put forward a valid defense. In addition, traffic ticket attorneys can also save drivers valuable time by making court appearances without having their clients present. For more information on how a New York traffic ticket lawyer can help you, please contact us at 212-227-9008 or email us at michaelblock.law@gmail.com.